A Sticky Situation: Contemporary Issues in a Physical Scale Model of Coastal Structures 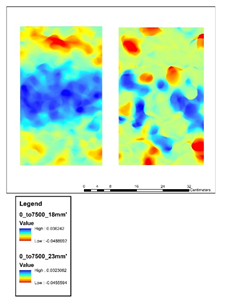 Physical scale models offer a unique opportunity to test the stability of empirical designs and observe run-up and overtopping of coastal structures. Shoreline protection using revetments are a popular approach to hardening shorelines against breaking hurricane induced waves. Submerged breakwaters also offer several opportunities to stabilize beaches with reduced aesthetic impacts. CEAC Solutions has modelled both structures in international laboratories as well in our own 2D flume using modern wave gauge and scanning techniques to accurately determine stability, function and sustainability. These tests are not, however, without their challenges when scale effects of viscosity have to be accounted for.

Viscosity effects in scale model experiments are a concern. Thompson and Shuttler (1975) determined that a Reynolds Number (Re) range of 7,000 to 40,000 had no scale effects. 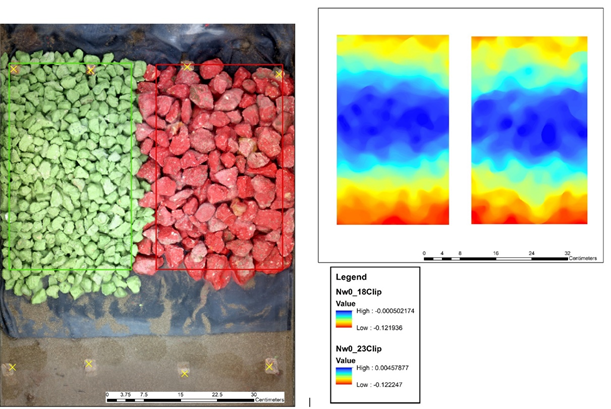 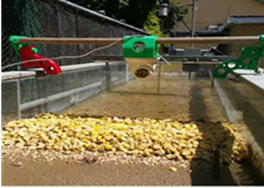 of >30,000. The main difference is that Dai and Kamel recommendations for Re takes into account the presence of a core. In other words, the modelling of revetments or breakwater with cores should use higher Re criterion than studies with homogenous structures that can use a Re criterion of >10,000.

Otherwise, the situation could get “sticky”.

There are other concerns for breaking waves on armour stone structures that is the usual condition in our shallow coastal zones. Tirindelli and Lamberti (2004) reasons that the impulsive (pulsating) forces from the initial (secondary) impact of breakers on the armours could not be (could be) accurately scaled using Froude or Cauchy scaling, due to the compressibility of entrained air in a short time in impulsive impacts. Scale studies should follow Wolton et al. (2007), who suggested Re in the same range as the prototype, then Froude scaling can be used. In other words, model the range of conditions the structure is likely to be exposed to.

The implications for a flume with wave heights limited 8 to 12 cm related to homogeneity and range of wave conditions that can be investigated. A wider range of wave conditions (swell etc) can be investigated for homogenous structures rather than revetments and breakwaters with cores. Once these conditions are met, the benefits of scale modelling can be explored, such as overtopping of revetments against roads and damage progression of several hurricane wave cycles.

A Sticky Situation: Contemporary Issues in a Physical Scale Model of Coastal Structures