The Patience of Job: Improving the Sub-division Approval Process in Jamaica

Land development for residential and non-residential purposes represents over 8 percent of the country’s GDP based on the Vision 2030 (2009), and over JMD40 Billion annually in constant dollars. Residential development accounts for the lion’s share of this contribution, with an estimated annual contribution of over JMD35 million. Unfortunately, the underlying trend in Jamaica’s housing development is a decline in 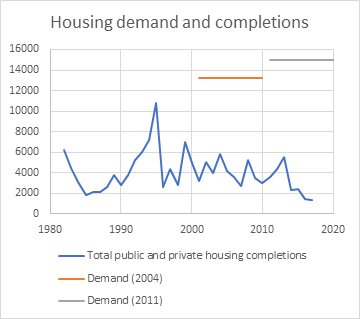 housing starts since 2000, based on National Housing Trust (NHT) data. One of the major hurdles to land development in Jamaica is that the approval processes for developments can take between two and five years. At CEAC, we attribute those delays to the lack of development mandates and modern communication resources within government ‘sister’ agencies and burdensome legal processes.

level there are several committees, that ultimately submit to the Minister in charge for approval.

A mélange of modern Development Orders and outdated laws breeds confusion and slows sub-division processes. In order for Jamaica’s developmental goals to be met, several laws require revision, including the Local Improvement Act (1914), Parish Council Building Act (1908/1995), Town and Country Planning Act (1957) and Natural Resources Conservation Authority Act (1991). The approval process for sub-division can be reduced to less than six months if the local authorities could rely on the Building Act (2018) and current Development Orders to guide planning decisions on sub-divisions and restrictive covenants rather than referrals to courts and the Minister.

Despite recent lessons in the use of technology from the experience of the global COVID-19 pandemic, communication of development and environmental applications across agencies is done by physical copy. Sad to say, both sub-division and environmental process require in excess of 18 to 20 physical copies of the application documents – a considerable amount of paper – worse, paper that is printed from electronic documents that could have in the first instance be forwarded electrically. This is a travesty, considering that in most international jurisdictions, many real estate, development and compliance documents can be completed and signed electronically.

The Jamaican government has made some progress toward streamlining and digitizing the approvals  process. The implementation of the AMANDA system, initially envisaged to be a cross-government tool, of which NEPA is the primary user is one example. The use of this system, however, is limited. Expanding 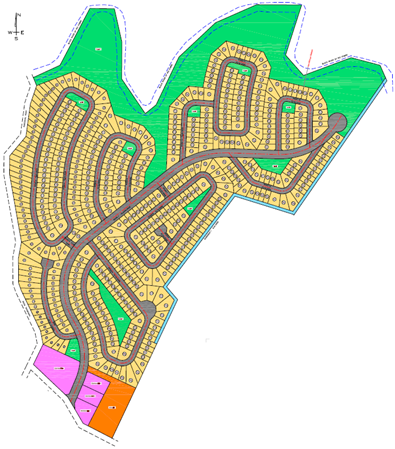 AMANDA across all agencies and relying solely on soft copies could improve accountability and reduce the approvals time from current levels of up to 12 months to one month.

Beyond the government approvals process, there are several other issues and processes that can add months to a project. These include:

Although CEAC has assisted several developers and stands ready to assist others through these processes, government addressing these issues can greatly improve the land development approval process and encourage both local and Foreign Direct Investment from increased transparency, and reduced costs.